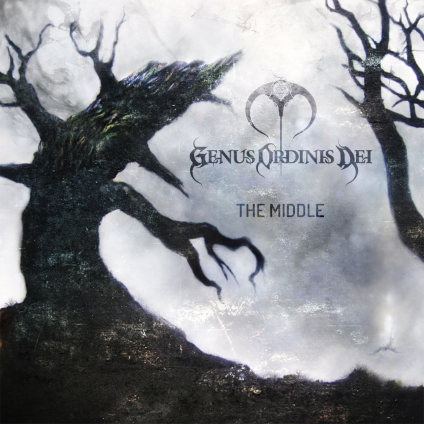 Genus Ordinis Dei (GOD) comes from Italy and play Symphonic Death Metal. There are elements of Goth-Metal and Power Metal and it sounds really really good.
GOD's CD; The Middle contains 10 tracks, the first "And then ..." and Number 5 "Thoughts" is a kind of ambient symphonic in-between pieces reminiscent a little of Dark Sanctuary from France. It would have been really cool if they had used real musicians (like Dark Sanctuary) for the symphonic parts instead of synthesizers. The keyboard is used a lot, and sometimes it is becoming too dominant, but in general it sounds great.
GOD is Nick K singing / growler and plays guitar, Tommy mastermind who plays guitar and synth, Steven F. Olda who plays bass and Richard Meiz who plays drums. There is a good working relationship and a good balance (Except for to much keyboard now and then) in production - great sound.
If you are a die hard death metal fan, you have to be prepared for it with synthesisers, otherwise I think that anyone who likes metal in the heavier end well enjoy The Middle, as there are plenty of goodies to listen to.
The Middle was released January 22nd on Mighty Music.