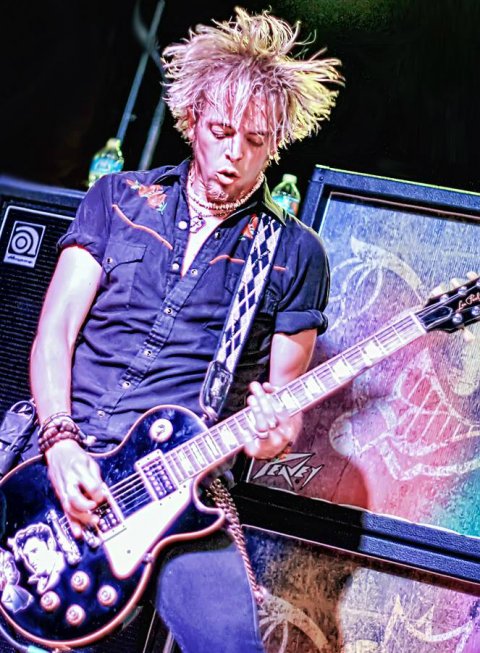 Ben Wells: Basically John Fred, Chris and Jon all went to school together early on. The three of them started jamming blues and classic rock together as a 3 piece before a mutual friend of our’s introduced me to them. From the moment we all met, and jammed together for the first time, it was instant chemistry. That very next day, we started Black Stone Cherry. All the way back in June of 2001

Calle: Did any of you guys play together in other bands before Black Stone Cherry?

Ben Wells: Not really, no. We all played, but nothing serious until the 4 of us came together. It was like we were meant for each other…meant to be in each other’s lives.

Ben Wells: My biggest influence is Elvis Presley. He made me wanna play guitar and entertain…and still inspires me 100%! 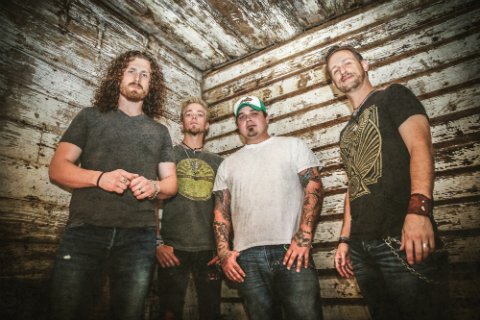 Photo: Rob Fenn
Calle: Who are your biggest influences?

Ben Wells: Besides my number 1 which is Elvis…I love Aerosmith! Those two had the biggest role in influencing me musically.

Calle: You’ll release your fifth studio album “Kentucky” in April. What can people expect from that album?

Ben Wells: It’s heavy. It’s our most riff heavy, drum and bass heavy album we’ve released. But it has soul and meaning. It’s not heavy for the sake of wanting to bang our heads…it’s just the music we want to create.

Calle: How was the writing and recording process of the album?
Ben Wells: Very painless. Sometimes it can be a difficult process…but we were excited as we knew we would be self-producing the album, which is something we’ve always wanted to do! 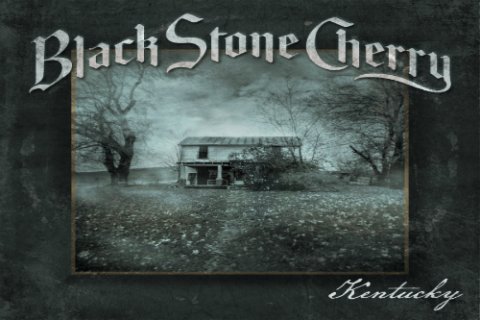 Calle: You produced the album yourself. Why did you choose to do it yourself this time and not bring in a well-known producer like you did on your last three albums (Howard Benson, Bob Marlette and Joe Barresi)?

Ben Wells: After having released 4 albums, we felt like it was time to take our own stand. We have always been VERY hands on with everything we do, but this time we wanted to be even more so. We owed it to ourselves musically, and mostly to our fans!

Calle: What song or songs on the album are you most proud of?

Ben Wells: It’s hard to say because I love them all…but I love that “In Our Dreams” is on this album as it was written in 2010 and intended to be on the last two albums. “The Rambler” is a special, special song as well…so is “Long Ride!. Just very proud of them all!

Calle: In February you’ll be going on tour in Europe. What can people expect if they go out and see Black Stone Cherry live?

Ben Wells: A lot of energy and passion. We pour everything we have into our performance. That’s how we’ve grown our career, is our live show…it’s our selling point. 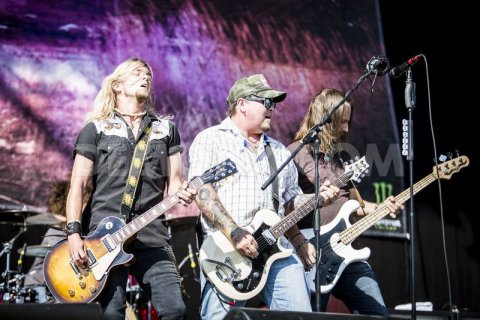 Calle: The support band on the shows in Denmark, Sweden, Norway and Finland is the Danish band Shotgun Revolution. Have you heard their music? If yes, what do your thoughts on them?

Ben Wells: Yes, good guys and excited to have them on the shows! Should be a rockin’ night!

Calle: You have shared the stage and toured with bands like Def Leppard, Whitesnake, Alter Bridge, Theory Of A Deaman, Nickleback, Lynyrd Skynyrd and Rival Sons. Is there any band you out there you would really like to share the stage with?

Ben Wells: Aerosmith. That’s a bucket list band for sure. We’ve done festivals with them…but not a one on one show…yet!

Calle: What’s the most fun experience you have had on a tour or on a stage?

Ben Wells: Honestly seeing people’s reaction to our songs is priceless…you can’t replace that feeling. It’s so humbling and we are very appreciative of everything and everyone who has been touched by our music! 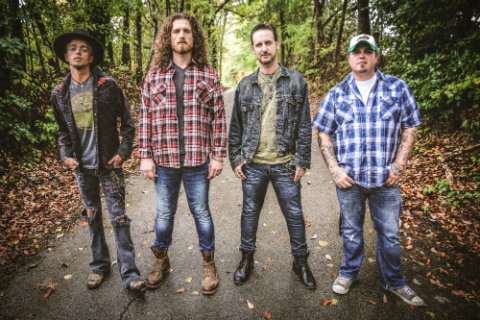 Calle: Where do you see Black Stone Cherry in 10 years?

Ben Wells: Hopefully continuing to record music and play shows…10 years seems like a long time… but it’s really not! So as long as we’re all capable of playing our instruments…I’m sure we’ll be out there rockin’!

And now questions about things not Black Stone Cherry related: 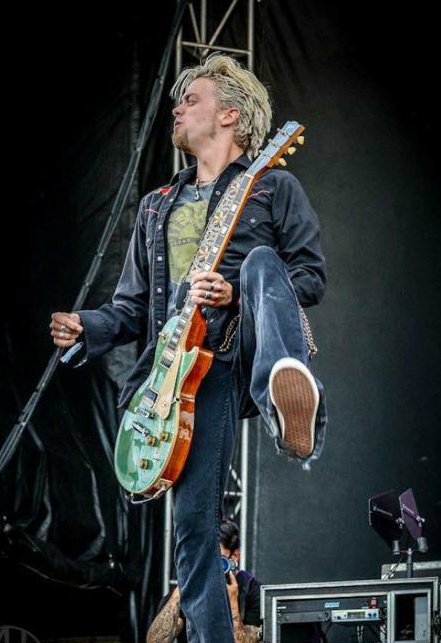 Calle: Besides music, what re your interests?

Calle: What’s your top 5 albums of all time?

Ben Wells: “How Great Thou Art” because it’s one of the most perfect and beautiful song ever written in my opinion. Always speaks to me and gives me chills.

Calle: A lot of rock stars are sadly dying at the moment (David Bowie, Lemmy, Glenn Frey etc). If you could bring back one dead rock star and play a song with him of her. Who would that be? 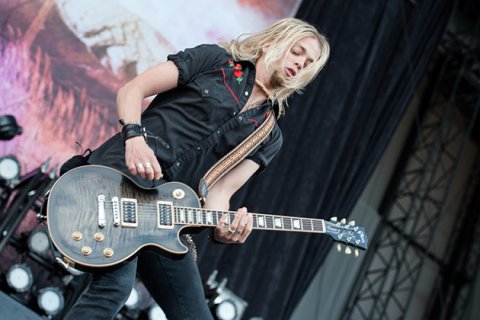 Ben Wells: Thank you for listening and supporting our band. If you haven’t, I encourage you to check us out and come see us live…if you like an intense rock shows that’s 100% real…no tracks…no tapes…then you’ll love us!