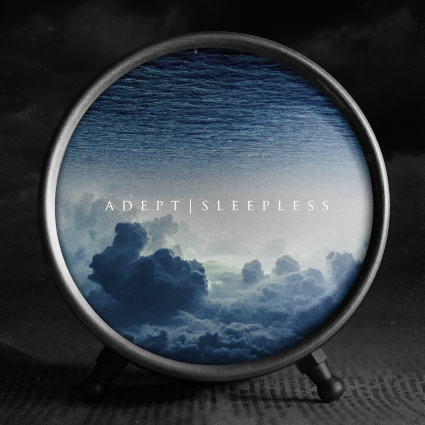 Adept’s Sleepless shows the maturity of a band that has found its sound and injected into a well-produced and energetic album. However, Sleepless can be repetitive at times due to some of the songs having nearly similar structures.

To Adept’s credit, Sleepless is a great mix of their early and raw sound with the style present in their previous album (“Silence the World”). It works out well enough and creates a blend of catchy melodies followed by rough riffs and powerful vocals. “Carry the weight” is on the melodic side, while “Rewind the tape” and “Down and out” tap into the rawness Adept has to offer. “The Sickness” is a great example of Adept’s new sound, blending heavy riffs and melodic chorus.

Ultimately, Sleepless is a great and quality album that has much value to offer, but ends up falling short due to its repetitiveness.
Sleepless will be released February 19th on Napalm Records.