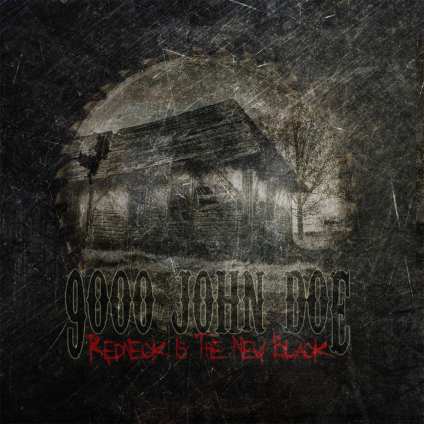 GREAT ..... 9000 John Doe from Aalborg, Denmark have thrown a new album at the market. Redneck Is the New Black as they call it and they call their music for Hillbilly Hardcore, a mixture of punk, metal and Rock (not to be confused with Rock'n'Roll as many actually do) with lots of power. I was in a really good mood the first time I heard the CD through - and that feeling kept repeating itself every time I've listened through the album.

There are 11 raw tunes and everything is played with an authenticity and intensity that reminds me of when Punk started in the late 70s; ENERGY and just hit it off for their own amusement. There's a touch of early D * A * D and AC / DC to the songs - and it's probably not so strange because it is all about raw Rock. Simple as that.

9000 John Doe is a band I would love to experience live, I think it can only be a great party and a sore neck for days after. Tommy Knøs screams through the CD, Mikkel R. Clausen plays bass, Morten Larsen punishing the drums and Thomas Gajhede playing the guitars. Jonny Hefty is guest-rapper on Country zombie, which sounds great.

Redneck Is The New Black was released on October 6th 2014 on Mighty Music/Target Group.